Jennings & Company along with Victoria + Albert were host to a special media event at INK 48, a Kimpton Hotel, in New York City during ICFF (International Contemporary Furniture Fair) 2016 to celebrate the brand’s 20th anniversary. The evening started with rooftop drinks at THE PRESS LOUNGE with breathtaking views of the Manhattan skyline and Hudson river. The rain parted just in time for a gorgeous sunset of vivid colors in the sky. An amazing vision and a much needed evening of fresh air and cool breezes after a day of booth set up! Guests then headed down to the first floor PRINT Restaurant into a private dining room and fabulous dinner prepared with fresh ingredients from regional farms and local purveyors. A special 20th anniversary champagne toast with Ruinart from France was the conclusion to a spectacular evening! 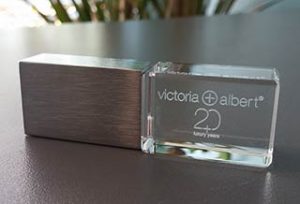 The evening was hosted by Jennings & Company and VIP clients Jonathan Carter and Emma Joyce of Victoria + Albert from London. Guests included LUXE Interiors + Design Magazine’s NY and West Coast team and the Azure Magazine team from Toronto. Linda Jennings, founder and owner toasted to the 20th anniversary to thank Victoria + Albert for being such fantastic clients and on a job well done! She also acknowledged the two magazines for being instrumental in the success of promoting the Victoria + Albert brand to the North American market of architects, designers and consumers. Each guest received a crystal engraved USB press kit with Victoria + Albert’s 20th anniversary logo to commemorate the event.

Congratulations to Victoria + Albert and to a successful ICFF show in NY! 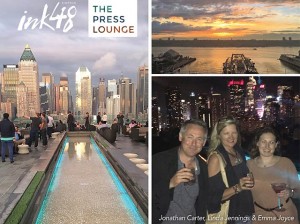 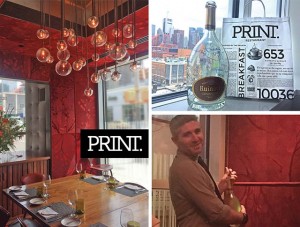